It was an ordinary looking industrial park, similar to countless others you might find across the country. I drove my rental car into the driveway, then stepped out and looked around me. That’s when I saw the ghosts.

The people working in the buildings couldn’t see them, but I could.  As a raw breeze brushed against my face, I experienced  phantoms from another time.

In my mind, instead of the neatly manicured lawn, I saw a long black car known as the “Swamp Rat” engaged in a spectacular fire burnout.

Nearby, a substantial warehouse building vanished and in its place I saw a candy-striped Dodge duel with an orange and white Corvair.

There was no tower there, yet, I saw one clearly. No one else heard the spectral public address system once again call out names such as Color Me Gone, Bounty Hunter, the Snake, War Horse, and Detroit Tiger.

One after another, memories started to cascade through my head. Beswick, McEwen, Bergler, Finders, Gates and dozens more. In my mind’s eye, I could see Funny Cars, Top Fuel Dragsters, Pro Stockers, Jet Cars, Rocket Cars.

Then came a parade of bracket cars. Local drivers who had lined up on a weekly basis to race at this very spot. Long forgotten names such as Gear Jammer, Wanderer, Thumper, Movin’ On, Mom’s Headache, Gold Rush and Oldsmoboogie suddenly raced through my mind.

This was a haunted place. But it wasn’t haunted by spirits, but rather by a thousand and one memories. For four decades, this industrial park at Sibley Road and Dix Highway had a very different purpose.

This was once Detroit Dragway. And once upon a time it was my playground.

In the seventies and eighties, I was the official track photographer at Detroit Dragway, as well as Milan and Motorcity dragways.  In the years before that, my friends and I attended dozens of events at Detroit Dragway as fans. I had witnessed some incredible races and could recite some unbelievable  stories about what had happened in this very place.

Now it was gone, replaced by a mundane business park.  Looking around at the tidy, modern buildings, I felt a terrible sense of loss. History had claimed Detroit Dragway, and the track would never return. All that was left was memories.

That is when I first considered putting my old images online. As an experienced web designer/developer, I had the knowledge and experience to develop a website around those old photos. I still had my slides and negatives from that era. It was doable. I should do something with all that material.

That was in 2003. In the years since, I have moved, started a photography blog and written a book. Time passed. Occasionally I would notice those boxes of negatives sitting on the shelf and think “I should do something….”

Finally, those ghosts got to me. I’ve scanned a large number of negatives, so I have a fair amount of raw material ready to go. Now I  just need to put together the stories about those photos. I need to bring those ghosts back to life.

4 thoughts on “The Ghosts at Sibley and Dix” 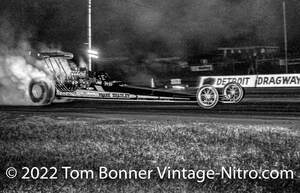 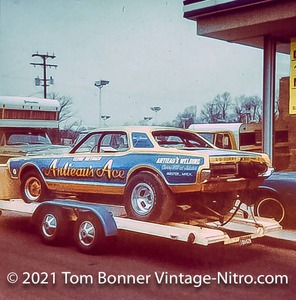 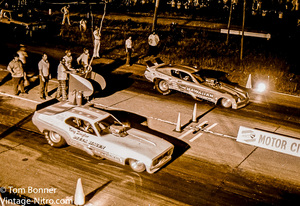