Skip to content
The Seaton's Shaker Chevelle nitro funny car could carry the left front tire three feet in the air, while the right tire was still trundling on the asphalt.

If I had a time machine, I would love to take my modern dSLR back to Detroit Dragway in 1966. Then I could capture Del Heinelt driving Seaton’s Shaker at that August funny car show. I really regret I didn’t have a decent SLR to shoot Heinelt when he launched the Chevelle off the line. I have seen thousands, maybe hundreds of thousands of cars leave the starting line at tracks all over the US and Canada. I never saw any car leave like the Seaton’s Shaker Chevelle.

It isn’t uncommon for a drag car to lift one front wheel higher than the other when leaving on a hard pass, but Seaton’s Chevelle took this to a complely new level.

Several times, I witnessed Heinelt leave with the left front tire three feet in the air, while the right tire was still trundling along on the asphalt. At times, I was convinced that the something had broken under the orange and while Chevy, because I couldn’t believe a Chevelle chassis could torque that much and still remain in one piece. But nothing was broken. The chassis corkscrewed like no other car I’ve seen before or since, but when the front tires settled down on the asphalt, the Shaker charged down the track, leaving spectators shaking their heads in amazement.

Car Craft covered Seaton’s original Chevelle in the December 1965 issue. According to the article Seaton and Company spent a lot of effort tuning the chassis to eliminate the right-rear wheel from lifting when the car launched. That chassis tuning probably accounted for the twisting the Chevelle displayed.

The original Seaton’s Shaker ’65 Chevelle was nearly destroyed in a wreck at Detroit Dragway in May 1966. The team at Seaton Enterprises rebuilt the car with ’66 Chevelle sheet metal. They shifted the steel body seven inches rearward on the factory Chevelle frame. This effectively moved both front and rear wheels forward, while moving the firewall and driver’s compartment toward the back. This enabled the engine to be moved backwards and Heinelt’s weight was also moved rearward.

We got to see the Chevelle launch numerous times that August night, because in those days, no one did bleach burnouts. The lower class cars simply moved into the staging lights and left when the tree turned green. The nitro cars like Seaton’s Shaker used rosin – the same sticky stuff tennis players, golfers and bowlers use to get better grip.

The crew would take a bag of rosin and pour a big cloud of it on the track in front of the car. Then the crew would act like the national Canadian Curling team and work the stuff into the track with brooms. The driver would pass through the rosin, then back up and they would repeat the pouring and brooming all over again. Then the driver would coat the tires again.

Heinelt did this maneuver four or five times each run, and every time he burned through the rosin patch the chassis would torque like the right rear suspension had collapsed. I wish could see that car launch again. It was fantastic.

Unfortunately, the day of the steel-bodied match-bash A/FXer was radidly drawing to a close. While Seaton’s Chevelle ran some outstanding numbers, tube-framed funny cars like the Ramchargers and the flip-top Mercury Comets made it difficult for the altered wheelbase, factory chassis machines to remain competitive. By the end of 1966, both Seaton and Sturm would abandon the Chevelle in favor of tube frame Corvairs.

Amazingly, the era of steel-bodied funny cars only lasted two years. Dick Branstner and Roger Lindamood introduced the first AWB stockers in early 1965, and by 1967 almost everyone had moved to fiberglass bodied, tube frame machines. By 1968, everyone who was anyone in the fuel funny car ranks was running a flopper.

I enjoyed the flip-top ‘glass machines, but I’ve always missed the old-school awb A/FX cars. Ah well, it was fun while it lasted. 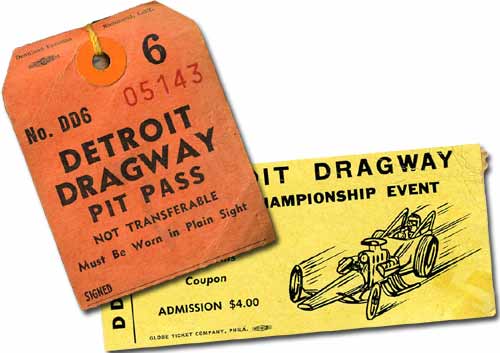